The Organizational Structure of Spire 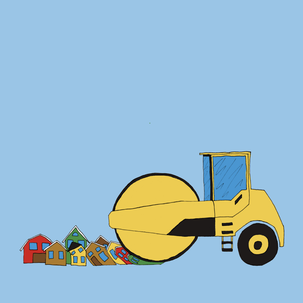 Spire's organisational chart
Spire is a youth organization founded in 2004 after the Development Found (Spire’s parent organization) in 2003 hosted the annual Operation Day’s Work, a solidarity program based on volunteering by high school students. The organization is primarily for youths between the ages of 18 and 30 years old. Spire is politically independent and works with global issues related to climate and environment, international trade, sustainable urban development, and food security. The central office of Spire is in Oslo, but the organization is represented in all of Norway in several local chapters. There are currently local chapters in Tromsø, Trondheim, Bergen, Stavanger, Bø, Oslo and Ås.

The Annual Meeting
The Annual Meeting is Spire’s most important event of the year and is held every Spring by the end of April. During the Annual Meeting, several important matters are discussed and voted upon democratically. All ordinary members of Spire have the right to speak, discuss, suggest changes, and vote during the meeting. Matters discussed during the meeting include the annual report, processing of accounts and budget, changes in the statues, changes in policy and politics, the strategy for the upcoming year, campaigns, resolutions, and elections of representatives.

The National Council
The National Council the second most happenings of the year and is held at least twice a year. It is primarily the local chapters’ organizational and political forum, where they can make contacts, exchange experiences, and discuss cooperation. This is also an opportunity for the representatives from the local chapters to speak to the central board on behalf of their members and provide guidelines for the central board’s future work. Every local chapter must send two delegates who will have the right to vote during the meeting, but they can also send additional members as observers. ​